Today I would like to tell you about this beautiful square, one of the icons of Rome, starting from a very personal memory. Not really a memory of mine actually, but of my grandfather Pietro, who, for some years, when he was a child, lived with his family in an apartment inside this brown front door. Next to it, there was and fortunately for us there still is one of my favorite pastry shops. I will tell you about it in one of the next posts.

Grandpa Pietro was born in 1923, during the first year of Mussolini’s government. The street that is now called Corso Rinascimento, the one where his front door and the pastry shop now open, was not there yet. The neighborhood, the houses, and the alleys continued uninterrupted from the square of the Pantheon until the large, free space designated by Piazza (square) Navona.

Once in the square indeed, the first thing to notice is not the fountain in the center designed by Bernini that is absolutely magnificent and an attention-catcher, but the strange shape of the space you find yourself.

In order to understand what I’m going to tell, let’s keep in mind the two magic words “stratification” and “recycling” that I mentioned on the Home Page and let’s keep walking around the square from outside, on Corso Rinascimento, leaving my grandfather’s front door behind us.

Now we are on the short side of the square, right at the entrance of Via Agonale that would take us into Piazza Navona. But we don’t go in yet. Let’s stop here for a moment just to take a look to the square from here. How long is Piazza Navona?

When we think of a square, we imagine it round, square, trapezoidal, elliptical but certainly not like this! Where does this exceptional shape come from? Let’s leave the entrance to Via Agonale and take a few more steps forward. The answer is below! In front of our eyes, there is one of the entrance gates to the stadium built by the Emperor Domitian in 85 A.D. and returned to light in 1936, the 14th year of the Mussolini’s government, during the construction of Corso Rinascimento. The street where my grandfather’s front door opens now. If you look carefully beyond the gate, you can still see the steps to the seats – something like 30.000 seats! – just like our stadiums. Today built upon the seats, there are the buildings around which we walked to get here, even that of my grandfather’s front door.

Piazza Navona is indeed the arena of an ancient stadium and has preserved the same measurement: 275 x 106 meters (1 m = 3,28 ft). Let’s go in the square. Do you see how the shape of that dark orange building curves? It follows exactly the shape of the stadium that is under our feet. If we could dig further, we would surely find other archaeological traces of the stadium, but of course we can’t. As you see around you, our houses – and maybe your hotel now – are built upon the ancient ruins.

I know what you are going to ask now about the Stadium/Piazza Navona and the answer is no: there were no gladiators in this stadium. Athletic games, that Emperor Domitian liked so much, such as running, discus or javelin throwing, were held here.

And perhaps in memory of the gymnastic efforts of the ancient Romans – or much more probably because Piazza Navona at the time of my grandpa was like the “courtyard” of the house for the children who lived around here – my grandfather told me that he played football here with his friends and made teams. The fountains…well, the fountains were the doors of their imaginary football field! And when the children played and they heard a whistle, it wasn’t the referee but the police who ran after them. Even then it wasn’t allowed to play football in Piazza Navona. Fortunately, grandpa Pietro ran fast! 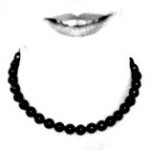